Invests in bringing more features and extras for customers

In the spirit of the Olympic Games, Flow – the Official Broadcast Partner and Exclusive Telecommunications Partner of Rio 2016 Olympic Games –announced today that it will extend access of its broadcast rights to the upcoming Rio 2016 Olympic Games to facilitate other providers throughout the Caribbean to air the event. This means that Flow, the region-leading residential quad-play provider, will not enforce black outs of Olympic broadcasts on competitive platforms. All operators however, will be required to black out NBC's coverage of the Games, due to territorial rights issues. 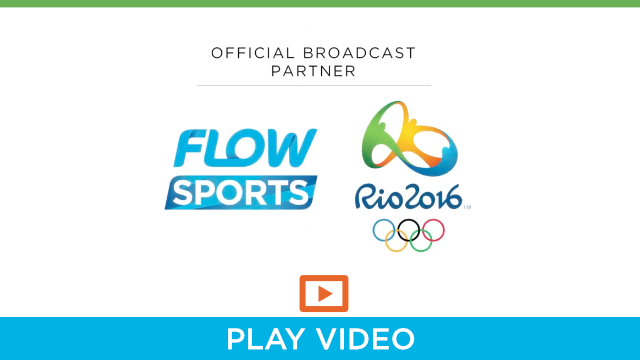 "We are proud to be the Official Broadcast Partner and Exclusive Telecommunications Partner of the Olympic Games in the region, through our partnership with CANOC, the Caribbean wide broadcast rights holder” said James Tooke, SVP of Media & Content Cable & Wireless.  “We have invested significantly to ensure that, working with CANOC, we help transform how the region can access the Olympics.  As part of this investment we will introduce new features, options and channels for our customers as well as support CANOC as in a number of their development programs throughout the region. However, we also recognize that these Games are important to the Caribbean and that the entire region should be able to share in the Olympic experience.  Therefore, it is also important that the Over the Air stations and other providers can show Olympic content across the region.”

This means that sports fans across the Caribbean will be able to watch the Olympic Games on Over-The-Air stations, such as Jamaica’s TVJ, Trinidad’s TV6, and The Bahamas’ ZNS with providers other than Flow, as well as on ESPN. Because of its exclusive rights and other investments that Flow has made, Flow customers will have the most Olympic Games programming available, via 3 special Flow Olympic channels that the Company will add especially for the Games. The Company will also launch specially developed news and features on its regional athletes, as well as launch multiple broadcast feeds and mobile / Internet streaming to the Caribbean for the first time in the region's history. Customers will have access to at least 12 hours of live action per day on Flow Sports and three additional dedicated HD Olympic channels during the course of the Games.

Flow customers will also have exclusive access to the Flow Olympic Video Player (OVP) – available on mobile, tablets, laptops, and other smart devices. The OVP’s content provides full live and video-on-demand coverage of every competition of the Olympic Games, and has other features that include short-form highlights; extra video clips; athlete biographies; photo galleries; up-to-the-minute stats; and 24/7 streaming of the Olympic news channel. Ultimately, OVP users will have access to all of the live Olympic programming produced – totaling over 3000 hours of content.

Speaking on the partnership, CANOC’s Larry Romany said, “Flow’s partnership with CANOC has helped to transform the way the region is able to access the Olympic Games. For years, Flow has been a great partner of CANOC and through its various sponsorship deals with us, has invested significantly in our region’s telecommunications environment and our future Olympians. By opening up the doors to access to other providers, the upcoming Olympic Games has even greater potential to be seen by millions across the Caribbean, via a variety of audio-visual platforms. We thank Flow for its leadership decision and look forward to doing even more great things together in the future.”